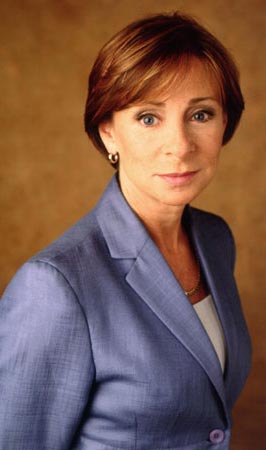 After reading this interview with Lucia Newman, we decided to ask this "jewel of truth" journalist our own questions. Now bare in mind, no softball questions or "Tricky Ricky" Alarcon controlling the questions or format. Simply some FREEDOM fighting bloggers and concerned citizens with questions:

Why all those years in Cuba you never reported anything concerning the political prisoners?------El Cafe Cubano

You mentioned that they never censored you, yet you never asked anyone in the dictatorship: Why no elections in 47 years? Why didn't you ask about the lack of freedom of press? Did you ever question the apartheid of Cuban citizens? Did you really leave or were you forced out because you reported about Farinas? Why first Cuba and then Al Jazeera two beacons for terrorism?----El Cafe Cubano

I read an interview she gave talking about her years as CNN reporter in Havana. My question to her is this. Why would you spend so many years doing a job that requires dishonesty and collaboration with a murderous dictator and does it bother you that your work contributed to the suffering of Cubans, both on the island and in exile? ----Blog For Cuba

Castro's government has outlasted 10 U.S. presidents, all of whom predicted that it would fall soon. Why, you as a responsible journalist failed to report the truth? ---Alex at Ya No Mas


How was your lifestyle in Cuba? Did you suffer any inconveniences because of the embargo -- compared to your other assignments? Be honest.--- Alex at Ya No Mas

When she left her assignment in Mexico City several years ago she said she was happy to be getting out of there because the pollution was affecting her asthmatic daughter. I wonder what she feels about the pollution in Havana? ---Cuban-American Pundit

New Engaging Book on Camagüey Cuba Celebrates Life!
CUBA, I REMEMBER YOU/CUBA, TE RECUERDO
By OSCAR M. RAMÍREZ-ORBEA, PH.D.
$19.95
**Cuba, I Remember You is a book about family, love, relationships, and survival in difficult circumstances that all readers will find to be a wonderful reading experience.
Bettie Corbin Tucker
For IP Book Reviewers
Independent Professional Reviewers

See more about the book at:
http://cubairememberyou.zoomshare.com/

A collection of 14 short stories, all in Spanish and English, based on the author’s experiences of childhood before and after the Communist revolution. Includes Appendix for educators wishing to use the book in Spanish or English foreign language classes. Lots of nostalgia for those who knew Cuba in the 50’s and 60’s and plenty of humor for readers in general. Includes also many period family photographs that illustrate the stories and bring them vividly to life!

Dr. Oscar M. Ramírez-Orbea, was born in Camagüey, Cuba, in 1955. He emigrated with his family to the US in 1966, after completing elementary school in his home country. He longs one day to return to his native city of Camagüey and to all the fond memories it holds for him. CUBA, I REMEMBER YOU/CUBA, TE RECUERDO is Dr. Ramírez’s first narrative work. More