Cuban selfie of the day 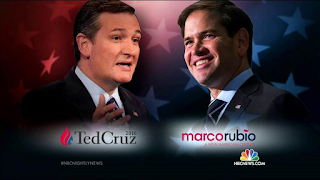 So much for the polls and who know what's going to happen from here on? It's incredible that we have 2out of the top 3 contenders for the Republican nomination who have Cuban roots. In just one generation we have 2 Cubiches that could be President?? It's incredible, but I can imagine all of the spew coming out from the members of the exclusive Cuban exile haters club:
Can you imagine the hissy fit going on in Havana!!!!
Univision and Jorge Ramos must be really pissed
What is Al Madrigal saying since he LOVES Cubans and denies Cubans entrance in the exclusive "Latino Club"
Hollywood actors who support the Cuban Dictatorship must be aghast!