"LATINO" of the week: Al Madrugal! 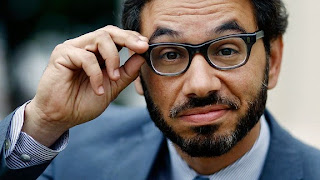 El Cafe Cubano nominates Al Madrugal the "LATINO" of the week for his comments and fondness for Cubans! His bio states the he is half white and half Mexican, but I believe it's more half comemierda and half postalista.


For his nomination and winning the "LATINO(NO CUBANS ALLOWED IN THIS EXCLUSIVE CLUB)" of the week, Al will receive:

Bottle of Jalapa( it's a sticky substance, that comes from a sticky fruit) so he can apply it all over and on that toothpick that he used on Comedy Central.

A comedy appearance to do stand up at Versailles in Little Havana, while wearing your "Cubans are snooty t-shirt"

A raft and inner tube to go to Cuba and  do comedy for the dictator brothers in Cuba! Make fun of the dictatorship and see what happens "LATINO"brother, just maybe you will feel our pain and what it FEELS like to be CUBAN!!!!!!