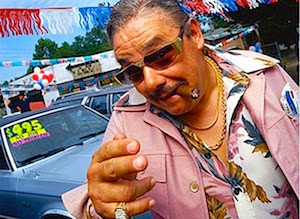 While 30 members of the Ladies in White were being arrested and beaten up by the castro thugs yesterday, ALL you SAW in the media about Cuba was the fawning over about the SUPPOSED opening of sales of new and used cars. I can imagine the news media and clueless people reading the news with the Christiane Amanpour voice and the giddy in the background.
Let's see......Cuban citizens have to ask permission from the CASTRO DICTATORSHIP to BUY a car which then has to be purchased FROM the CASTRO DICTATORSHIP.
SUCH A DEAL!!!!!!!
Posted by Alfredo at 5:00 AM