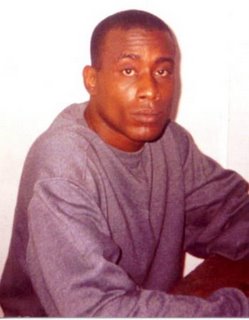 In an urgent call for solidarity from Placetas, Villa Clara, Bertha Antúnez, the sister of Jorge Luis García Pérez Antúnez, a Cuban political prisoner, calls on all former presidents and parliamentarians present at the XVI Ibero-American Summit in Montevideo. She calls attention to the situation of her brother, who was the victim of a brutal beating on October 29th, has received numerous death threats, and is currently on a hunger strike.

“My brother was attacked by another prisoner named Lázaro Núñez Victoria who was directed by authorities. He broke one of my brother’s teeth, and destroyed his lower lip… he is currently on a hunger strike since October 30th, and says he will not quit until he is given the opportunity to denounce the situation that he suffers in prison,” stated Bertha Antúnez from Placetas. “The next day, a re-educator named Lazaro, entered Jorge Luis cell and attempted to provoke him, though he did not achieve this.”

The political prisoner’s sister added that another re-educator, with last name Medina, entered the cell to make them believe that they were going to punish Núñez Victoria, who responded to the supposed threat with fury, saying “now I am going to kill him, I am not responsible for what happens to Antunez.” The sequence of events culminated in the entrance of a high official, who took Antunez to a solitary confinement cell.

Antúnez is currently serving a 17 year prison sentence in the Kilo 7 Prison, of which only five months remain, thus Antúnez has received a death threat. “My family and I are worried because the regime is provoking a situation that does not exist. They want to make it seem as if there is a problem among prisoners, and that is not the case, this is something prepared by the regime.”

Bertha Antúnez makes an urgent plea to the participants of the XVI Ibero-American Summit and to the international community. The text is reproduced below.


To the former president of the Republic of Uruguay, Mr. Luis Alberto Lacalle
To the International Committee for Democracy in Cuba
To the participants of the XVI IberoAmerican Summit


My name is Bertha Antúnez Pernet, of legal age, of sound mind, of Cuban nationality, and sister of political prisoner Jorge Luis García Pérez Antúnez, who by this means ask the political figures attending the Ibero-American Summit for immediate help in preventing the death of my brother.

The Castro brothers’ regime has imprisoned him since March 15, 1990 with a 17 year sentence, and denies all his basic rights, including adequate medical attention for his health problems. The only crime my brother has committed is to act in accordance with his ideas and to maintain them. He has always done this in a peaceful manner, since he has never endangered or hurt anyone. His struggle for democracy has always focused on denouncing human rights violations in Cuba and its prisons before the world.

The reason why I ask for your help with such urgency and anguish is because Jorge Luis has been threatened by government authorities that he will not leave the prison alive, with only five months remaining in his sentence. My greatest fear is that they have been trying to carry this out in some way. Until now, these murder attempts have failed, and I shall mention two examples of the dangers my brother faces.


In February 2005, under the orders of Captain Vladimir Méndez Maboa, Chief of Confrontations with the Opposition in Villa Clara province, a man drew near my brother, another supposed prisoner, with orders to strike a precise blow on his head with an iron chair. The regime did not attain their desired outcome thanks to other prisoners, so they transferred my brother to Kilo 7 prison in Camagüey province, a region that has been the site of so many crimes and abuses. It is no coincidence that Kilo 8 maximum security prison is in this same province, where many confirm the existence of underground cells, and where horrific acts of terror and abuse have been carried out, and one day will come to light publicly. A testimony to this effect can be offered by Húber Matos, a former political prisoner who is now exiled in the United States.


Recently, in Kilo 7 prison, my brother has been the victim of beatings at the hands of military authorities. On October 29th, with the complicity of State Security, my brother was beaten once again by another prisoner while he was alone. This beating was so vicious that the attacker broke one of my brother’s teeth and destroyed his lower lip. He also reiterated the death threats.

It is no secret that the people who attack political prisoners are instruments of the regime, so I ask for your intercession on behalf of my brother’s life and those of so many men and women in Cuba who are serving sentences for political reasons, while constantly exposed to danger and abuse.

The Castro brothers’ dictatorship will not hesitate to commit a new crime, and will not allow Jorge Luis, a young black man, to face them with the truth, and much less to continue to promote a non-cooperation campaign against the system.

Sincerely and awaiting your assistance I remain yours; God bless you all, and God bless the XVI Ibero-American Summit.