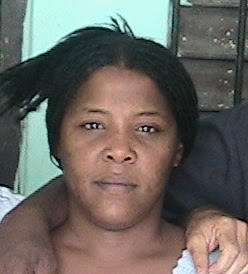 Meet Iris Tamara Perez Aguilera. She is 38 years old, and a proud mother of a 14-year old boy, and she is about to become Cuba's newest Prisoner of Conscience. Iris's trial set for August 20, 2008 That is, unless you save her.Visit here to listen to Bertha Antunez (in Spanish) talk about her sister in law and her plight http://www.youtube.com/watch?v=nIdy4zriEsI Her crime? Interceding on behalf of a young Cuban named Milquiades Hernández who was being brutally beaten by police on the streets of Placetas in Villa Clara province. Specifically, Iris asked that he be taken to a hospital so he wouldn't bleed to death.Her humanitarianism was rewarded with violence and racism: "Pick up that black monkey too!" shouted the Cuban Revolutionary Police officers, and Iris was slammed into the patrol car and hauled away."We just need an order to kill all these f------ blacks who stick their noses into everything," they said.Iris was charged with the spurious crime of "contempt for the proper authorities" and ordered to pay a fine of 500 Cuban pesos, equivalent to two months' salary.But she committed no crime, and refuses to pay the fine. She feels it's a kind of blackmail to keep her in line, because black Cubans are supposed to be loyal supporters of the Revolution, not peaceful advocates for freedom and human rights.Iris and 15 other activists sent a letter to the Prosecutor General of the Republic of Cuba stating her refusal to be punished on a trumped-up charge. Iris appealed to her right to free expression, Article 19 of the UN's Universal Declaration of Human Rights.Iris went on hunger strike. Ten days. No food.The local authorities didn't respond. They seemed happy to watch her waste away and die.So she went straight to the top. Fainting repeatedly on her clandestine journey from central Cuba to Havana, Iris finally arrived at Revolution Square, formerly the Civic Square, to protest with nine other activists. Peacefully.Because she committed no crime.State Security agents fell upon Iris and the other activists in a rain of blows. They were arrested, and officially warned they might be tried and imprisoned.Then bundled away to their hometowns, so they wouldn't make any more troubleA local official finally visited Iris when she was dumped back in Placetas. He had a response.Iris's trial is set for August 20.Her husband, Jorge Luis García Pérez "Antúnez" spent over 17 years as a prisoner of conscience for saying Cuba needed a peaceful transition to democracy like those in Eastern Europe in 1989.That was considered "oral enemy propaganda."She ended her hunger strike. She needs all her strength to win the coming court battle.And she needs your help. You can save Iris. But the clock is ticking.Make a phone call. Sign a letter. Write and send one yourself.Take a second to help Iris: * Write and send your own letter to the addresses enclosed. * Please send appeals to arrive as quickly as possible, in Spanish or your own language: • expressing concern at reports that Iris Tamara Pérez Aguilera faces trial on Wednesday August 20, 2008 on charges of "contempt for the proper authorities", and urging the authorities to take immediate action to guarantee her safety ; • asking the authorities to ensure that all political dissidents engaged in legitimate non-violent activities are permitted to carry out their activities unhindered without fear for reprisals.