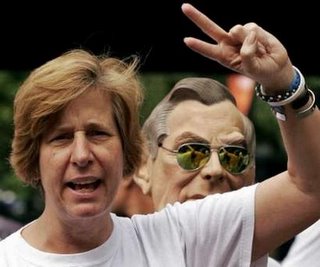 Mini-me welcomed commies to the World Social Forum. His remarks were of course directed at Bush and at the United States. He called Bush "Mr. Danger" and called our government "immoral." The topics to be discussed at this commie forum:

"Imperialism: The greatest threat to humanity"
"Socialism of the 21st century."
Posted by Alfredo at 6:04 AM