Venezuela President Hugo Chávez is now battling bone metastasis from his pelvic cancer, according to a report

by Spanish newspaper ABC. Citing an unnamed intelligence source, ABC's Washington correspondent Emil J. Blasco says there has been a recurrence and spread of the tumor, which was detected in a test performed on a trip to Havana just after the elections on October 7.

Blasco said the metastasis is causing Chavez “severe pain in the left femur and serious walking difficulties." He also says that Chavez passed out twice in August, losing consciousness briefly, and that doctors determined that his situation was deteriorating slowly but steadily.

Chavez last appeared publicly during a televised meeting on Nov. 15, prompting some critics to publicly wonder where he went after his election win.
During the electoral campaign, he repeatedly dismissed rumors that he had not been cured of his cancer, and vowed to serve out his six-year term.

The treatment that Chavez is said to be undergoing in Havana involves breathing pure oxygen while in a pressurized, sealed chamber. Its value is well-established for treating burns, carbon monoxide poisoning and some other medical conditions, and to aid wound healing and help repair bone and tissue damaged by radiation treatments.

However, the American Cancer Society says there is no evidence the treatment can cure cancer. And Blasco notes that if hyperbaric oxygen treatment were the case, Chavez could have stayed in Venezuela, since the country boasts of having the latest technology on this kind of equipment (his brother Adam presented a "next generation" of those chambers in 2009 as governor of Barinas state).
Also, a hyperbaric chamber is a portable device that could be installed in the special clinic Chavez has at his home in La Orchila.

The 58-year-old president first underwent cancer treatment in Cuba in June 2011 and suffered a relapse in February. He has since said he's recovered from the pelvic cancer and won re-election in October.

Throughout his previous chemotherapy and radiation treatments, Chavez kept many details of his illness secret, including the type of cancer and the precise location of the tumors.
Cuba's official newspaper Granma said that Chavez arrived on the island Tuesday at the break of dawn, "in order to continue medical treatment following as part of strengthening their health, which will include several sessions oxygenation hyperbaric."
There were no photos of his arrival in Havana or departure from Caracas, unlike other times he's made the trip.

Venezuelan officials did not say how long he will stay in Havana, though they said he would be back by Jan. 10, when he is being sworn in for a fourth term.


With additional reporting by The Associated Press.

Is General Raul Castro Willing to Gamble with Alan Gross?

Send
Posted by Alfredo at 3:30 AM No comments:

The dictatorship of Cuba has ransacked the island of everything the last 53 years and now the barren island can look forward to taxes!!!


Most Cubans have not paid taxes for half a century, but that will change under a new code starting January 1.

The landmark regulations will change the relations of Cubans with their government and are a signal that market-oriented reforms, launched since President Raul Castro succeeded his brother, Fidel Castro, in 2008, are here to stay.


The recently published code constitutes the first comprehensive taxation in Cuba since the 1959 revolution abolished just about all taxes.


In the 1990s after the collapse of the Soviet Union, the country's main benefactor, the Cuban government imposed a few scattered taxes, but mostly preferred to maintain low wages so it could fund free social services.


The government's free market reforms introduced over the last two years, are designed to encourage small businesses, private farming and individual initiative, along with plans to pay state workers more. Under the new tax code the state hopes to get its share of the proceeds.


The government also envisions replacing subsidies for all with targeted welfare, meaning that the largely tax-free life under a paternalistic government is on its way out.


"This radically changes the state's relationship with the population and taxes become an irritating issue," said Domingo Amuchastegui, a former Cuban intelligence analyst who lives in Miami and writes often about Cuba.


For example, farmers may deduct up to 70 percent of income as costs, and small businessmen, who are taxed by income not profit, up to 40 percent, plus various fees and secondary taxes they pay.
A labor tax of 20 percent will gradually be reduced to 5 percent by 2017, and small businesses with five employees or less are exempt.
Eventually all workers will pay income taxes as well as a new 2 percent property tax, but both measures are suspended until "conditions permit" them to go into effect.
The government admits, with an average pay of about 450 pesos per month, or $19, many workers do not earn enough to make ends meet.
"They collect taxes for all these things around the world, it's normal," said Havana economist Isabel Fernandez.
"But here we face two problems. On the one hand we are not used to paying for anything and on the other our wages are so low we can't spare a single peso," she said.
Under the old system, large and small state-run companies, which accounted for more than 90 percent of economic activity, simply handed over all their revenues to the government, which then allocated resources to them.
The reforms call for large state-run businesses to be moved out of the ministries and become more autonomous.
Under the new tax system they will pay a 35 percent tax on their profits, but can take advantage of a myriad of deductions ranging from amortization and travel to sales taxes, insurance and environmental protection.
Many smaller businesses will become cooperatives or be privately leased and taxed based on income.
The state-owned Cuban National News Agency said Cuba had studied the tax systems of a number of other countries, including several with capitalist economies.
"The experiences of China, Vietnam, Venezuela, Brazil, Spain and Mexico were taken into account, but they were refined to the particularities and conditions of the island," the new agency said.
The new code is not etched in stone - it can be amended each year as part of the annual budget passed by the National Assembly, and temporarily modified for different reasons by the executive branch of government.
"Like the reforms, it is a work in progress, a work that has barely begun and will take time to put in place," said a Western businessman who has worked in Cuba for almost two decades.
But, he added, "this is of course a major step forward toward the 21st century and a modern state."
Posted by Alfredo at 6:00 AM No comments:

MSNBC's Matthews: 'I'm So Glad We Had That Storm Last Week'


Can you believe that someone would actually say this? He cares more about politics than people!

Posted by Alfredo at 6:00 AM No comments: 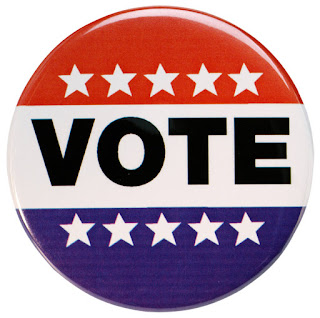