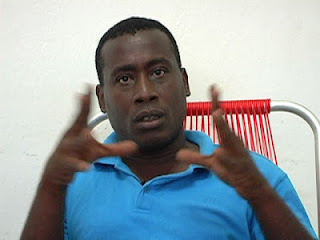 According to Antunez's wife (in testimony this morning to Radio Republica), Yris Tamara Pérez Aguilera, he was arrested on Saturday afternoon, brutally beaten, doused with pepper spray until unconscious and violently removed from his cell by the authorities that evening.

Antunez has not been heard from since.


His wife believes this is in reprisal for Antunez's testimony in the Senate Foreign Relations Committee.


This serves as a stark reminder of what happens to Cuban activists who dare speak the truth.


Maybe it'll give some pause to those who applaud the Castro regime's apparatchiks when they travel to the U.S. on propaganda tours (thanks to the State Department's generous new visa policy).


For now, please join us in demanding Antunez's safe release.