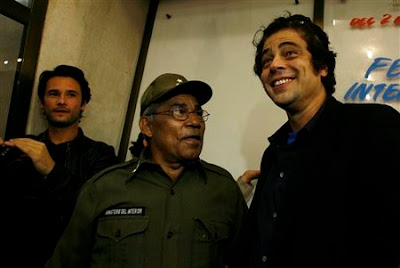 Benedict says this in Cuba:
"Actor Benicio del Toro says protesters at the Miami screening of "Che" should have watched the film first."
No comemierda..you should have talked to those who suffered under guevera's cruel hands...you should talk to those EXILES and find out about the executions, the political prisoners, and ALL those who have suffered under guevera and the castro mafia and their destructive philosophy.
I know you won the best actor prize at the Cannes film festival...
Here at El Cafe Cubano we are giving you:
"The COMEMIERDA OF THE YEAR AWARD"... congratulations!!!
Posted by Alfredo at 8:34 AM