“It goes without saying” 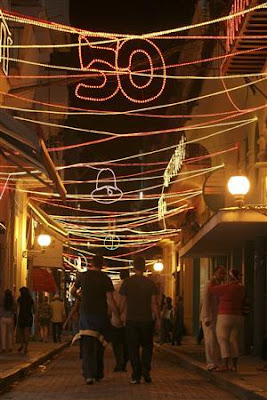 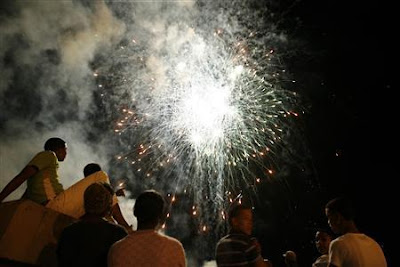 This is the latest article from FREEDOM FIGHTER Jose Reyes, it's on the 50th anniversary of the revolution:

“It goes without saying”
By Jose Reyes
No one in their right mind can possibly tell me or even attempt to convince me or anybody else, that the “Revolucion” has worked in Cuba. Nothing and I mean absolutely nothing positive has occurred in the last 50 years with this brutal, aimless Castro dictatorship. So who is to tell me or anybody else, that the Cuban people will ever be rewarded with any sort of accomplishment? 50 years of misery, is all that any “sane” individual would plainly gather after a general analysis of Cuba now, 50 years ago and every respective year in-between. This is just a general analysis, never mind a “careful” analysis. In that case you can write a book that would rival “War and Peace” in volume, just on detail. Details backed by facts which will prove without a doubt, how useless and pathetic it has been. “It goes without saying”, literally explains it all. You have to be deaf, dumb and blind to even attempt to defend the Castro regime. You have to be an immoral masochist or may I say, an outright devil worshiper, to agree with the self serving “system” there is in Cuba now and for the last 50 years. Unfortunately, there are many out there who actually support the Castro system, but one can plainly see, these individuals all have an agenda behind their sympathizing thinking. Maybe this could be where others seem to miss the point whenever they read about or hear anybody who agrees with the Castro regime. Whether if it is written by the mainstream media or preached in a classroom by a college professor, there is an agenda behind it all. Whether the agenda is a political reason, hatred towards the Cuban Exiles or hatred towards America, these words that are written and these words that are spoken always irresponsibly forget to mention many very important factors. These words are meaningless because there is nothing to back them up. The reason is very obvious but these self-righteous, mislead, controlled, ignorant individuals always steer around the real issues in Cuba. Their Utopian ideals, which govern their thought process, always deny taking into consideration the basic concept of “Human Nature.” Human nature is where Communism always staggers and falls on its face. So for this reason, Cuba only stands for Fidel and “his” revolucion, the Cuban people do not really exist, how could they? The average Cuban in Cuba has no opinion at all, that right is not in the vocabulary. Neither are they allowed to leave the country, no visa. They cannot demonstrate against the Castro regime, long prison terms. So it goes without saying, the Castro regime has done nothing for the Cuban people in the last 50 years that would justify and be considered as positive progress.

What has the Castro regime done for its citizens? Besides, brainwashing them with false promises and enslaving them like dogs, tell me, what good have they done for them. When the average wage of a Cuban citizen is $20 and all their food is rationed. Someone tell me, what have the Cuban people achieved now that their identity has been taken away from them and what will their future be? It is insult to humanity, what is happening in Cuba now and for the last 50 years. A country that competed head to head with the rest of the world, this is an insult to anybody’s intelligence. So honestly ask yourself if you doubt me, what in the world is this 50th annual celebration all about? Also, can someone please tell me, where is Fidel? He’s the one who started this atrosity. He’s the one that deprives and has deprived for 50 years, the very people of Cuba who he supposedly represents. He along with his brother Raul have deprived the Cuban citizens of their dignity and of all their human rights. It goes without saying, this has been the biggest debacle in modern history.
Posted by Alfredo at 6:45 PM

Raul says Cuba will have 50 more years of Robolution lol yeah and Fidel will make a speech at the
100th anniversary. :P

One of the great tragedies in this tired circle of left vs right, pro vs anti-Castro, is the apparent inability of both sides, sitting in their ideological bunkers, to recognize a vision for Cuba that is neither bully-boy Castro nor becoming a dependent of dirty old Uncle Sam. This betrays a lack of imagination, intelligence and plain common sense on both sides. For a long time this exchange of entrenched rhetoric has provided one of the most effective crutches for the regime.

As oppressive and suffocating as the present regime is, the Cubans have made it clear that freedom to them is not to become the sweat shop to an aggressive capitalist neighbor. They wish to be free to be Cubans. And I'm talking of Cubans in 2009, not turning the clock back 50 years. You know what - mother to mother I found women who, while discreetly betraying their yearning for greater freedom and opportunities for their children, they were not quite so dismissive of free education and health care. Who didn't regard free education and health care as 'nothing'. What I'm saying here is that amid the high politics, lets not forget that what really matters is the Cuban in the talles and tiendas, in the calles and in the hogares.

Through the trials of their daily lives I believe that the people of Cuba have shown themselves to be resourceful, resilient and more than capable of self-determination. And I hope that those who are outside the island, who believe to be motivated by 'the best interests' of the Cubans will remember this.

Real life is about balance, finding common ground and not self-indulgently looking for what divides people.

And I hope that those who are outside the island, who believe to be motivated by 'the best interests' of the Cubans will remember this.
Mercedes

Nice observation Mercedes.
Are you on smoking crack?

Those "people outside the island" are also CUBANS who've had their lives destroyed also by those who put that bearded Rat in power.

Seems to me that the Cuban people have paid a VERY high price for this Not so Free Education and Healthcare.

It all depends on how you define Education? and Healthcare? And I might add Free?

I've only observed the rafts going one way in 50 Years.

Yoani blocks the internet protocols belonging to any person that doesn't agree with her anti-revolutionary faction. How can she is working for the free speech if she doesn't do it in her own blog?
Makes no sense. She is only a tool used by the USA to try to give a wrong impression about the Cuban Revolution.